The Liberals seem to have once again adopted the maxim "if what you're doing isn't working, keeping doing the same damn thing because at least you know what the result will be."

WK has his quick analysis, and it reads more like an excuse and a failed rationalization than any kind of positive spin.

But what the numbers show is clear, just as the last 4 elections have demonstrated; a sizeable majority of Canadians do not want a Conservative government. Now Conservative supporters may point out that the Liberals weren't much higher in the popular vote when they won two of their majorities. And they would be right. But the electoral math hasn't changed much. From the time of the 1997 election right up to today, 60% or more of the country has supported a non-conservative party.

The pie charts below illustrate the remarkable consistency of the right and centre-left divide in Canada over the last 15 or so years. The support for conservatives has remained relatively static. It's the support for the Liberals that's dropped, and we need to ask ourselves, as Liberals, "why?". What can we do to regain support and sway voters to return to the Liberal fold? What have we done to make them vote for someone else?

Until we ask these questions and produce some real, tangible answers, we wont move up in the polls. And if we continue to stand silent saying nothing and doing less, than we have no where to go but down and we have no one to blame but ourselves. 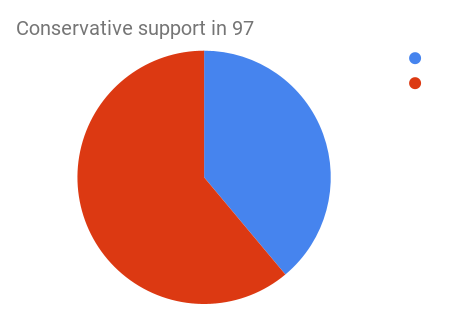 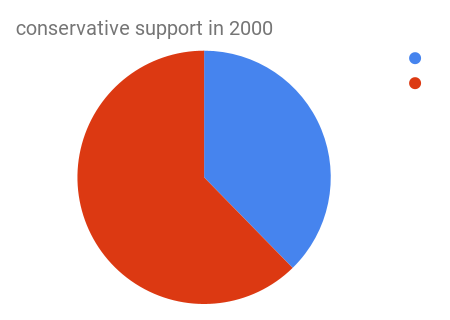 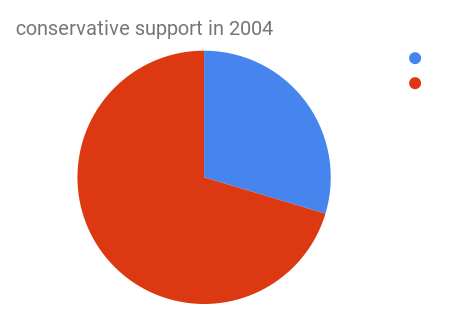 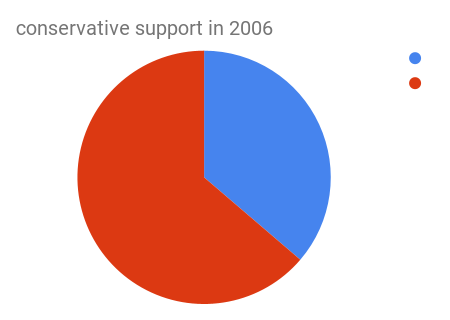 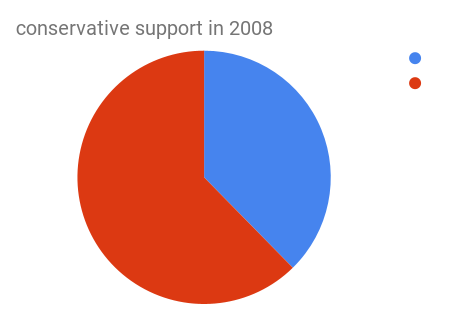 Posted by Disgruntled Liberal at 8:20 AM